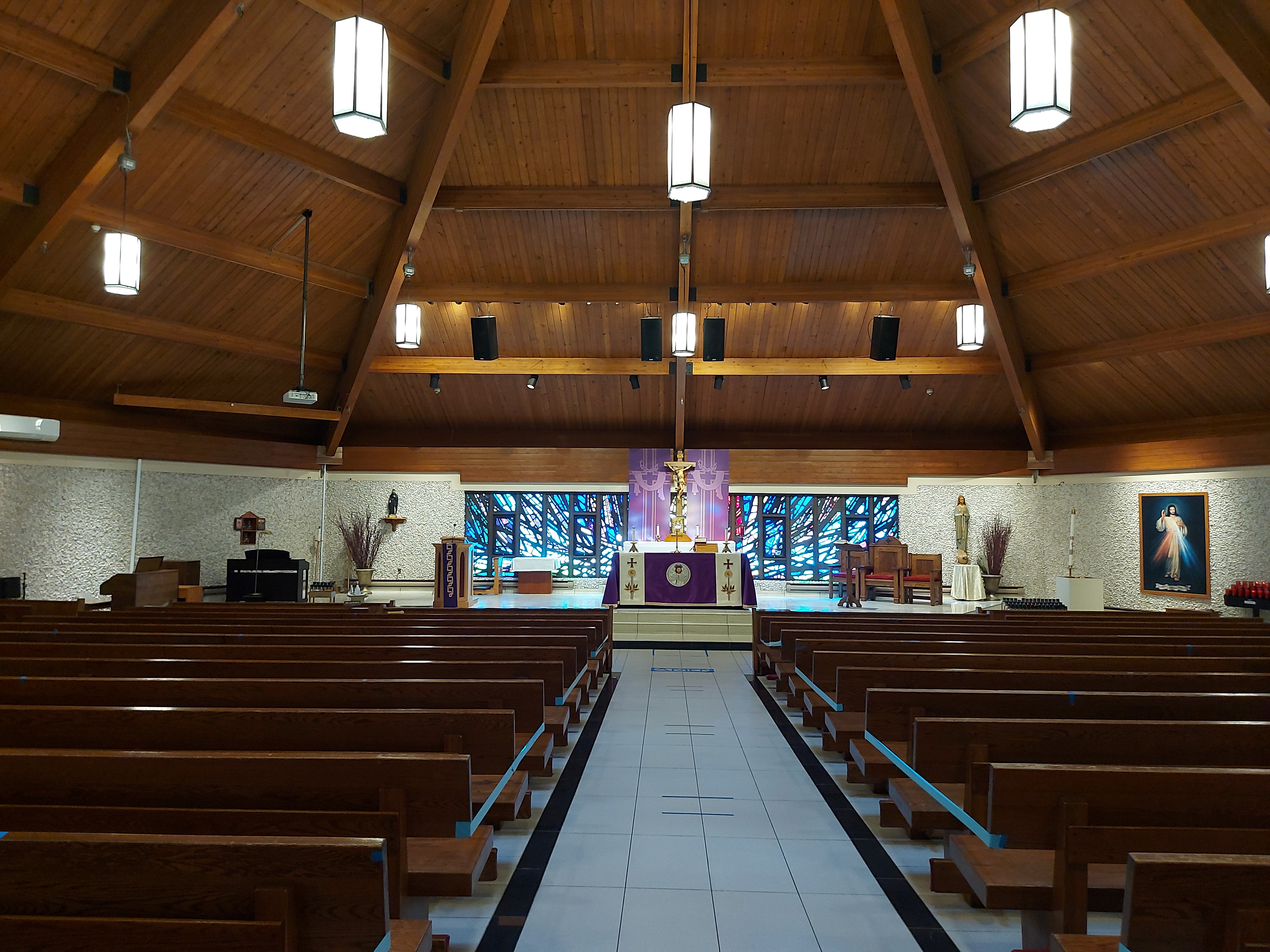 Father Stu is based on the inspiring true-life story of Fr. Stuart Long, a boxer-turned-priest who develops a muscular disorder that mimics the symptoms of Lou Gehrig’s Disease. Mark Wahlberg, who stars as Father Stu and served as one of the producers, reflects on the significance of this conversion story. The film is in theatres starting April 13.

I think for a lot of reasons. Nowadays there are not a lot of films for adults being seen in theatres, with streaming services and lots of great stories being told in a television format, but this particular movie was always intended for the cinema – for people to see together. You have to see it with strangers and see their reaction – what they’re laughing at and what you’re reacting to emotionally. Normally around this time of year you would have five or 10 films with original content seeing real success at the box office, but because of the pandemic, some people stopped going to the theatre.

I really hope that this is going to help change that, and hopefully I will be at the forefront of making a lot more faith-based content that will be high quality, with amazing storytellers and amazing talent, both in front of and behind the camera. I was crazy enough to finance this myself, but that’s what it took and I was willing to bet on myself.

2. In the film, amidst immense physical suffering, Father Stu says, “The experience of suffering is the fullest expression of God's love. It is a chance to be closer to Christ.” What can Father Stu’s story teach us about suffering?

Where else can you get comfort in all the hardships that we face, all the adversity and challenges in life, and all the unknown that we’re facing right now? God is there to comfort us, and everything happens for a reason. That’s given me so much comfort in all the difficulty and loss that I’ve experienced over the last couple of years. It’s really a profound statement.

3. There’s a lot of profanity in the film leading up to Father Stu’s transition on his moral outlook. Why do Catholics today need to hear this story of conversion?

I was just talking to a woman who said that this is the most Catholic movie she has ever seen because of the swearing, the drinking and the fighting – and then the redemption. It’s just real life, people can identify with it. Anything that has been deemed “faith-based” is usually very safe and down the middle, and we wanted to just tell the story that was about raw, tough mercy and tough grace. That’s what Stu went through, and that’s the language a lot of people speak and can identify with. We wanted to be honest and truthful.

4. How did making this film impact your own faith journey?

It’s reaffirmed lots of aspects of my faith, especially when it pertains to my life and what I’m trying to do to pay it forward. I am now kind of going on a new chapter of my life where I’m going to continue to make more content and to just do more stuff that people may not even know about – stuff with my youth foundation and other philanthropic work.

But with our faith, the left hand is not supposed to know what the right hand is doing, so I won’t be out there on a soapbox trying to take credit for it, but when I need to get up there and speak and stand up for people and the commitment to make change, I’ll do that. I am just trying to do my part and encourage everyone else to do theirs.